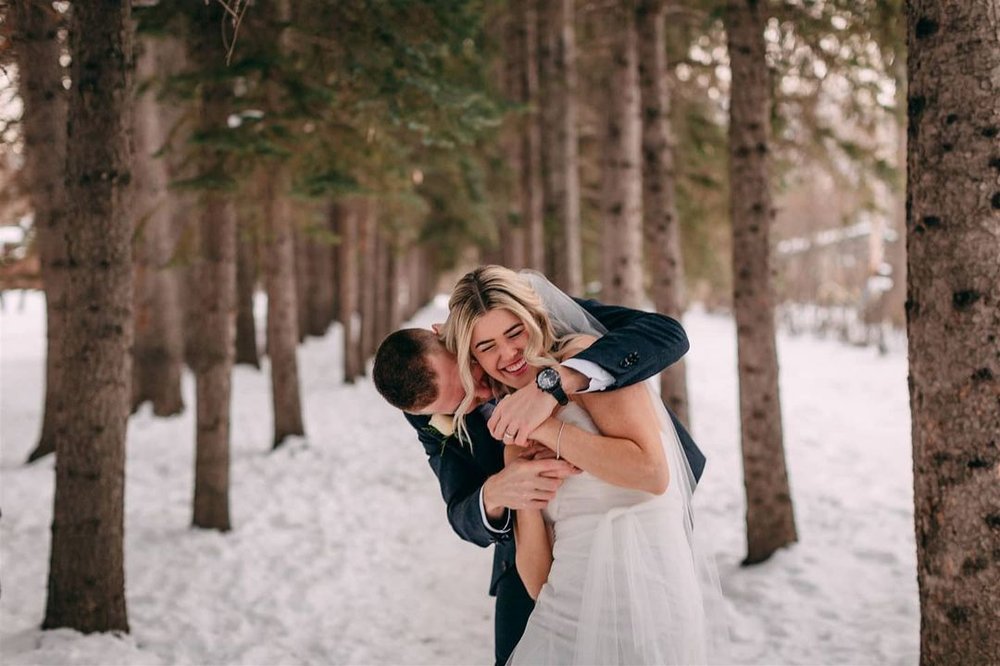 Why elopement weddings are rising in popularity

I’m sure you have heard of the phrase eloping, commonly defined as running away secretly with the intention of getting married. Previously, it was treated as a stigma because to elope meant that your marriage wasn’t supported by your family or friends. It was considered a whim and many other misconceptions surrounded it. But, now it is being seen as for what it really is: a choice to focus the wedding entirely on you and your significant other.

A true reflection of who you are as a couple

The journey every couple takes throughout their relationship is different. Their first kiss, first adventure, first date, each cherished moment is unique. So, if you want to climb the hike that you first took together to say your vows on a mountain, go for it! If you want to fly to Paris for the day and get married in the city that you dreamt of, without the hassle of a destination wedding, hop on the next flight! The choice is all yours.

“By eloping, it just brings everything back to the core purpose of why they are getting married in the first place which is their love for each other. It’s as simple as that,” says Calgary photographer Nadine McKenney.

A traditional wedding is a massive project that involves finding a wedding venue and spending a large sum of money on booking vendors: decorator, baker, and entertainment to name a few. Now this may seem like a long list and compared to an elopement it may be, you’re still going to need to spend on your dress (or whatever you choose to wear), an officiant, hair & make-up, photographer (of course!) and a few other things but it won’t cost anywhere near the amount that a large wedding would. In comparison to planning a wedding, organizing an elopement takes less time and effort. It’s totally reasonable to be able to elope within a few months.

“A ton of my wedding couples were forced to cut guest lists {due to COVID-19 and the restrictions} and decided to elope instead,” says McKenney. “All of them said they enjoyed their elopement so much and were happy that they switched. By cutting the guest list, they were able to splurge more on other aspects of their wedding and choose more unique locations for photos because their day was now flexible.”

Not a fan of the big wedding traditions

Not every couple sees a traditional wedding with all its added customs in their future and that's okay! If you don’t want to have hour-long ceremonies with a room full of people you may not recall, while they listen to a speech you rehearsed, and ladies gather to see who can catch the bouquet, you don’t have to. When you elope you can cut out all these wedding traditions or keep some like the first dance, first look, but at the end of the day when you elope, you make the rules!

McKenney believes that some “couples choose to elope because they don’t want the pressures of planning a full wedding. Whether it is accommodating their family, or sticking to a budget; it can be really stressful!”

Chance to do whatever you want

Eloping can make you feel like a modern-day Romeo and Juliet. It gives you the chance to do anything you want, so forgo the stereotypical view that deciding to elope means running to a courthouse or a 24-hour chapel in Vegas, you can get as creative as you want! Imagine getting married to the love of your life in a hot air balloon, under a gleaming sunset on top of a mountain, or surrounded by canyon walls. Whatever you decide to do, it will always remain as one of the most special and memorable moments of your life.

“I think eloping signifies a special bond between the couple. Eloping can make it feel more intimate and relaxed for the couple,” says McKenney.

In the end, the day you and your partner decide to tie the knot and commit to one another for a lifetime full of love and joy, it is entirely about you. Whether you have an elopement or a traditional wedding, the momentous occasions should be a genuine reflection of who you are as a couple, what you both want, and it should celebrate the love you share.

Tips and poses for including siblings in newborn portraits

Newborn sessions highlight a new chapter in a parent’s life. In these sessions the newborn should be the star, however, we understand how important it is for parents to have a sibling photo during this exciting period. Capturing the love and impending lifelong friendship is a cherished moment. However, with that being said, we also understand how kids can be. The reality of a sibling photo can be chaotic. To help make your life easier, we compiled a list of tips and poses for including siblings in newborn portraits.
READ MORE
December 22, 2021

Los Angeles is home to an incredible amount of creativity. With so much talent in a city full of amazing photographers, we helped narrow down the top 7 family photographers that you can trust to capture your family’s unique personalities and the love you share.
READ MORE
December 7, 2021

Why you need to book yourself a portrait session

Hiring a photographer is seen as an investment, commonly reserved for special occasions; weddings, graduations, families, etc. Many people wait to hire a photographer until one of those ‘special occasions’ happens in their life and those moments are amazing, but guess what? You deserve to be celebrated just as much! We believe that it is important to have your portrait made at least once because why should you settle for cell phone selfies? Having said that, we have compiled a list of reasons why you should book yourself a portrait session.
READ MORE