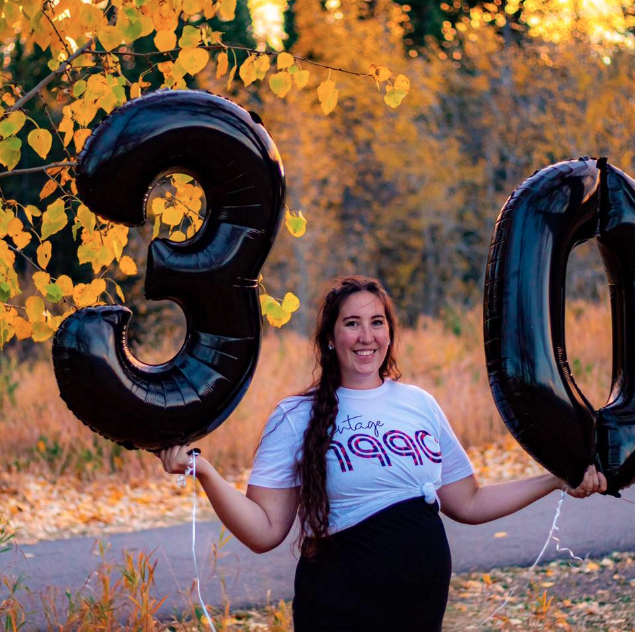 Inspired by her two free-spirited kids and the loss of her job during the pandemic, Calgary based photographer Haley Skof took matters into her own hands, picked up a camera and dove into the photography community.

Through the lens of her camera she fell in love with capturing the special yet ordinary moments:

“The dirty hands hugging his sister, the way he looks up and smiles at Dad I always try to remember on those hard moms days that the kisses and 'whys' won't last forever and one day he will find his best friend thats not me so I need to capture it in all its glory to showcase at his wedding one day.”

Motivated by these moments, Haley works hard to capture the organic interactions between you and your family, whether it be in the comfort of your home or at the heart of a scenic view. We chatted with Haley to talk about her eccentric style and her growing yet rooted love behind family photography.

How did you get into photography?

HS: I’ve always kind of been interested in [it]. When I was in elementary and middle school, I had a little old-school digital camera that I took pictures of everything with. I actually still have the CDs of all the pictures that I took [laughs]. I haven’t looked at them in a while.

When I got pregnant with my son, I decided to buy a DSLR camera. I had no idea how to use it; I’d only used the little digital 2008 [era] cameras. I took an introductory “learn how to use your camera” course through the University [of Calgary], and from there, I’ve slowly been building the last three-and-a-half years, trying to figure out what kind of photography I wanted to do, what style I wanted to do.

And then COVID hit. I was a bartender, so I lost my job. I [already] had a [photography] website, and I had maybe four or five bookings, [so] I thought, ‘I might as well go all-in at this point.’

What did those three-and-a-half years look like as you built your business?

HS: One of the very first things I did was a Birth and Babies program that Alberta Health offers for people [who] are pregnant and then have their babies. I had a group of ten other moms and our babies. We decided to throw them a half-birthday party -- so I got a couple of little decorations, we made little party hats for the babies, and I took photos of each baby. I did a little Easter setup, a Christmas setup, Halloween, [the Calgary] Stampede... I kind of went with all the holidays, and that’s where I got started. I really enjoyed taking pictures of babies, but logistically didn’t really want to do the props [after that].

What did you learn from photographing six-month-olds?

HS: [Laughs] Well, they move a lot and don’t [usually] look at the camera. The thing I learned most is to go with the flow and to take the photos as they come. Now, [my approach is] more of a documentary style. I take photos of the small things and capture the moments, versus looking for a certain posed picture.

Thinking back to your days with a point-and-shoot, what attracted you to the artform?

I grew up in a very small town [outside of] London, Ontario. In high school, I was one of the two people on the yearbook committee, so I went around and took photos of all the different events that were happening.

How would you describe your style today?

HS: Over the last few months, I’ve [discovered] that I really [love] family sessions. I’ve tried to do couples shoots, and it’s just not my jam. I think it’s because adults expect to smile and look at the camera, and they want you to tell them what to do, versus [what] I really like, [which is] following kids around and taking pictures of what they’re already naturally doing.

As a mum myself, [kids] grow up so fast, and [it’s difficult to] remember how small their hands were when they were holding your hand, or the way they loved to squish their toes in the mud.  All these little things you’re going to forget in twenty years but maybe you don’t want to forget.

[Editing-wise], I try and stay relatively true [to life] … Maybe my colours are a bit more muted in certain tones and more vibrant in other tones, but other than that, I try to keep it accurate to how you would have seen the sky that night, or the colours of the sand [and everything else].

What makes for a good photograph, in your opinion?

HS: I always try -- especially because I work with a lot of kids -- to get on [their] level as opposed to the parents’ level. I always have a sore back and sore legs from doing so many squats after a session [laughs]. I try to make sure that everyone has some sort of body part in the photo -- even [if] it’s not a five-person family shot where everybody’s [posed and looking] at the camera, you can still see a piece of everyone -- because everyone is interconnected in the family. I just think it shows what a family is all about. People grow in different ways and in different directions, but you’re still connected.

‍What’s the biggest lesson you’ve learned from running your own photography business?

HS: I feel like every time I have a session, I learn something new -- or even, like, 45 new things. It’s a constant learning curve. Some days there are lots of tears involved, and it’s really hard, but I think especially in the last couple of months since I dove headfirst into [workshops and improving my business], I [learned that I] I know more than I thought I did, and people value what I’m doing. I’ve grown more confident in my work.

What are you proudest of as a photographer?

HS: I’m proud of how far my photos have come. I look back at my photos from when my son was a little baby, from when he was six months old, and I see how far I’ve come in every aspect: the business side, the photography side, the client management side. It’s an all-around [good] feeling.